We use cookies to monitor site usage and to allow users to use the further information request basket. By continuing to use the site you agree to our use of cookies. Find out more | close
You are here: Message Centre > Topics of Interest
Previous page
Request Basket: 0
Click to close all

Great Scott! It’s Back to the Future day!

A little known fact about GKN Wheels and Structures is that it was involved in the creation of the original DeLorean DMC-12, which went on to become the time machine from the popular Back to the Future films.

In 1979, GKN Wheels and Structures was known as GKN Sankey in several areas of the West Midlands, and it had a thriving factory in Bilston, Wolverhampton. On 19 September 1979, six years before the first Back to the Future film, a meeting took place between GKN Sankey in Telford and DeLorean, including both the Engineering and Purchasing Director for the company.

During this meeting an agreement was made which saw GKN Sankey Bilston provide DeLorean Motor Cars with the backbone chassis frame for the original DMC-12. The frame was provided in three parts – the front section & Vee frame assembly, the centre box section and the rear end section. A price was agreed of £121 per chassis frame.

It was then to be coated with a fusion-bonded epoxy resin for anticorrosion protection. GKN was to fulfil a supply deadline of 1st May 1980.

GKN Wheels and Structures in Telford still produce a wide range of chassis for a number of vehicles to this day. 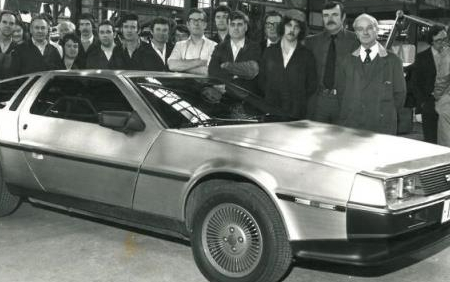